In 1982, a young professional cyclist from Cordoba, named Antonio Cabello, after being separated from active cycling due to a terrible accident, decided to continue his passion for cycling and set up what was the first exclusive bicycle shop in Córdoba and one of the first shops for Spain dedicated solely and exclusively to the cyclist. With a small store, with hardly any resources and with a lot of work and effort, Antonio Cabello, along with his wife Chari, opened the Ciclos Cabello blind on Campo Madre de Dios street. Soon the public was delighted with this new type of business dedicated exclusively to cycling and the success was such that the store was expanded to the place next door, forming a 350m store, and incorporating new employees and mechanics specialized in bicycles. that soon gained the reputation and trust of the public, thanks to the exclusivity in cycling of its store, with very new products for that time, such as Mountain Bike Bicycles and the professionalism of its mechanical service. Also, as a great cycling fan, Antonio decides to set up a cycling team with his Ciclos Cabello brand, supporting local cyclists. 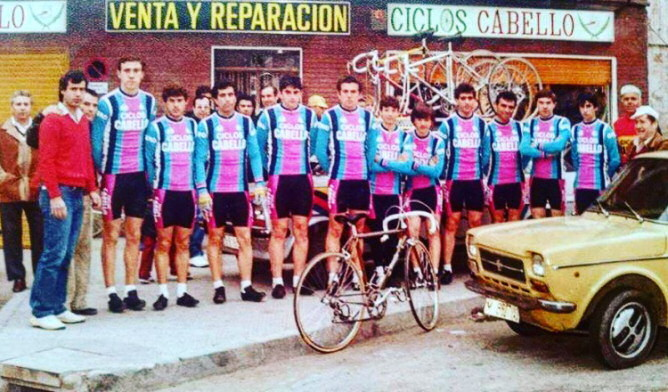 After the success of the first store in Córdoba, Ciclos Cabello, decides to open a second branch in the center of Córdoba, located in the Plaza de Colón, with a space of almost 400 square meters dedicated exclusively to cycling, with exclusive products for the era they were a novelty and a huge stockcage of cycling products and accessories. Two months after its opening and almost at the beginning of the Reyes campaign, the Ciclos Cabello store in Plaza de Colón suffers a terrible fire, leaving it completely devastated and with all its useless products. But the Ciclos Cabello team did not give up and thanks to the help of all their employees and friends, in less than two weeks they managed to completely rebuild the store and fill it with material ready for the Reyes campaign. 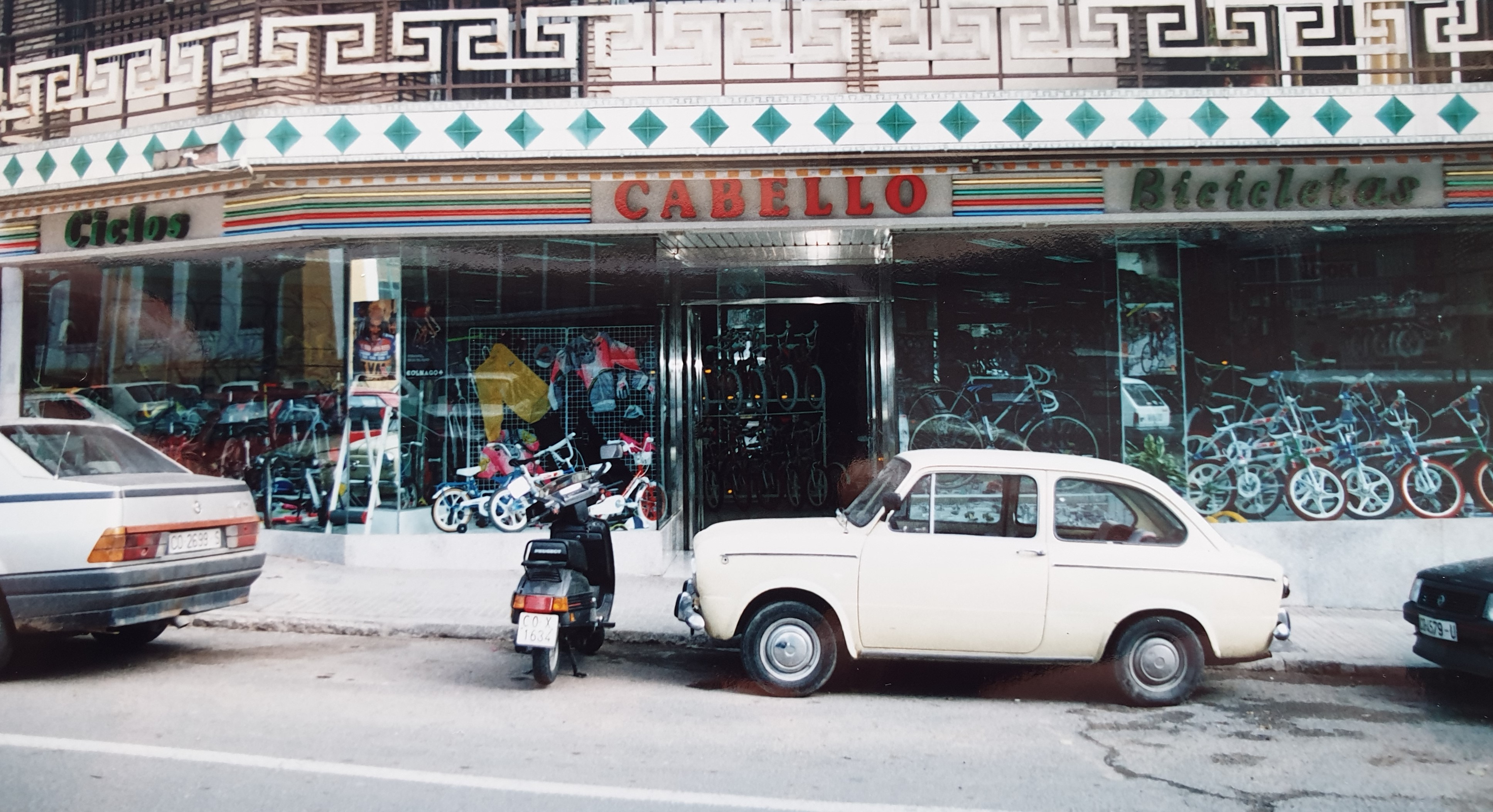 In 1992 Ciclos Cabello decided to step forward and expand outside the province of Córdoba, opening a new 350m branch in the town of Linares, where there is a great love of cycling in and around that town.

One year after the last opening of Ciclos Cabello in Linares, it was decided to open another branch in the Cadiz town of Jerez de la Frontera, with a 350m store. Ciclos Cabello continued with its line of offering the highest quality from the hands of great professionals from and lovers of cycling. 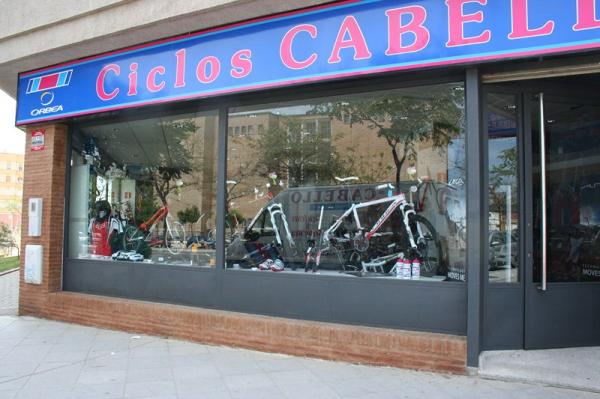 2000 Creation of a cycling school

In 2000 Ciclos Cabello set up one of the largest mixed cycling schools in Andalusia with more than 70 athletes from the Pre-Benjamin category to the sub-23 category.

In 2010, Ciclos Cabello, a family business specialized in cycling, decided to jump into online commerce, at this time www.cicloscabello.com was formed offering all the products of the best brands and with personalized attention from professionals to all customers.

In 2015, Ciclos Cabello takes a big leap and opens one of the largest specialized cycling stores in Spain, with more than 1000m dedicated to cycling and with thousands of products and brands in stock. We incorporate new professionals and mechanics and also include new offices where a new online and purchasing department is incorporated. 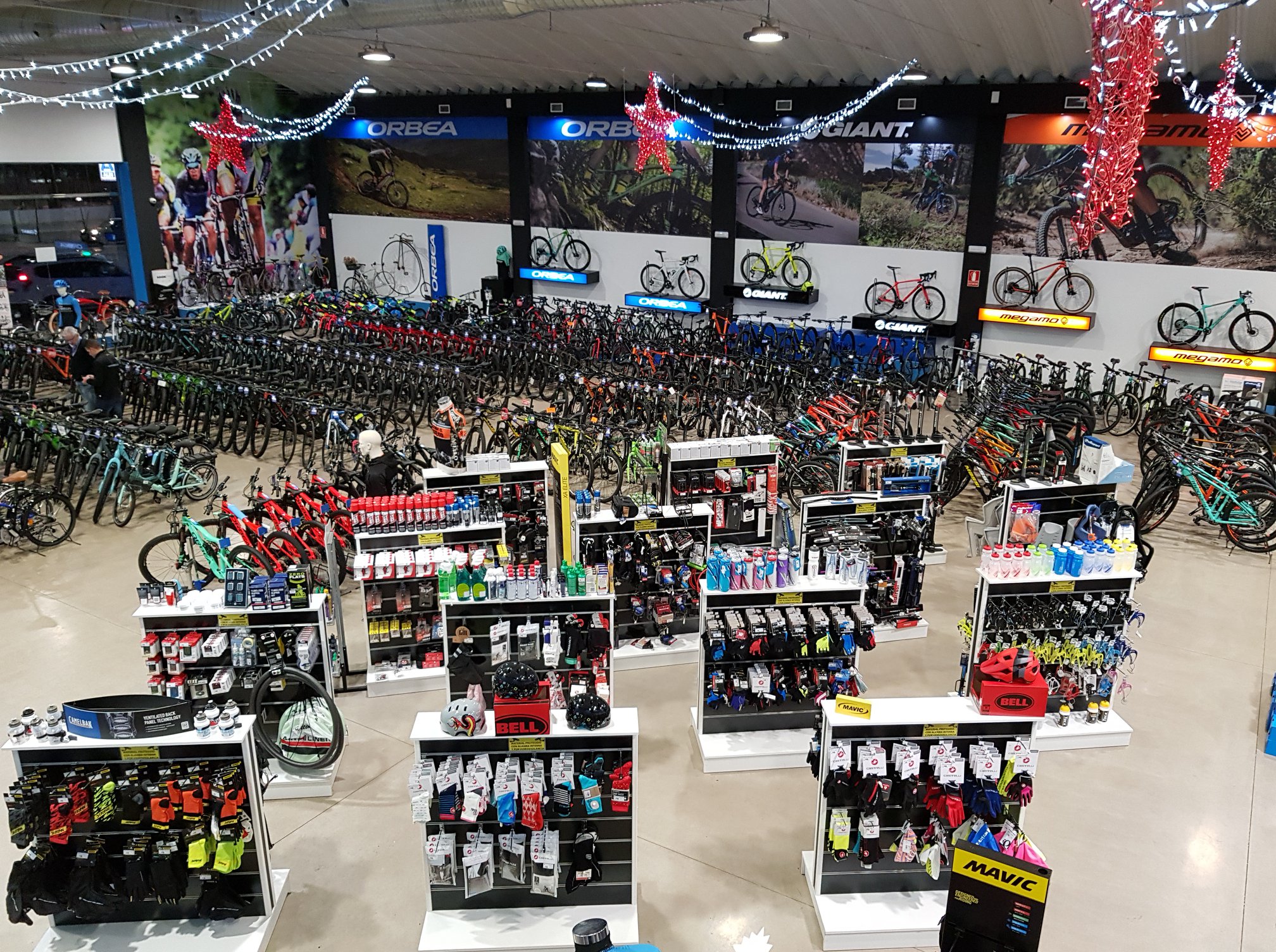 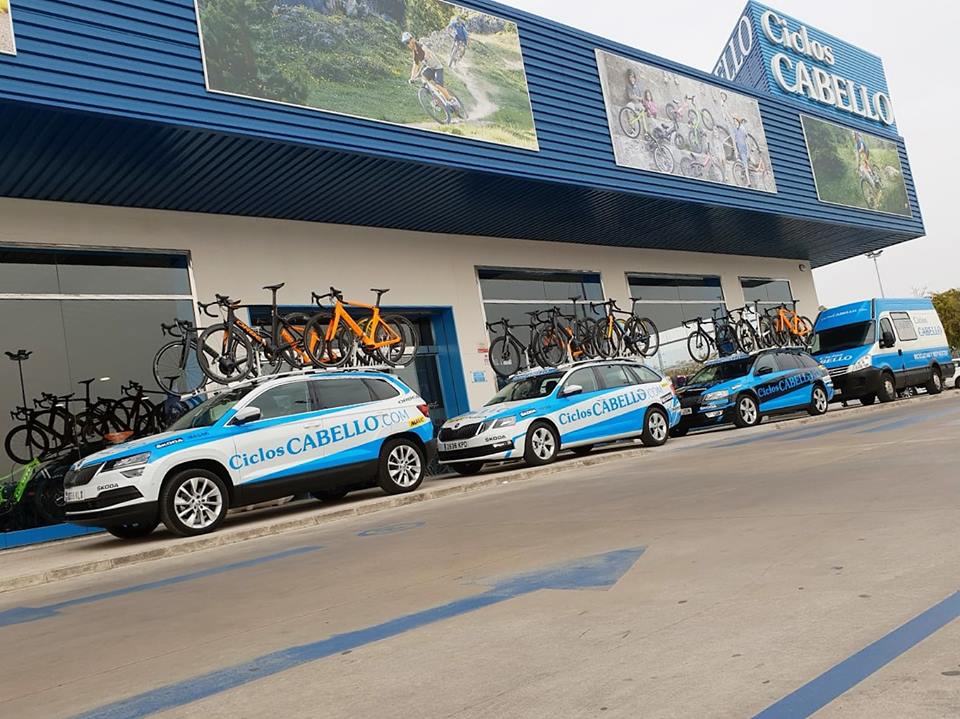 In 2016, Ciclos Cabello received the Cordovan company of the year award, for its professional career in these more than 30 years and for the opening of its new cycling macrottore. An award without a doubt thanks to the work of all the professionals that make up this company and the people who trust us every day.

Currently, Ciclos Cabello has not stopped renewing and improving, with a team of 16 professionals, combining the experience and knowledge of the cycling sector on the part of its staff, with the renewed and innovative ideas of another young part of the staff. , achieving a perfect tandem to be able to offer you the best services, the best attention and all the necessary advice that all our clients deserve.